Closed Captioning – Only, an Accurate Transcript will Encapsulate Your Creativity. Beth Levison
I am indebted to Ralph Noe and his team at Daily Transcription. I was in a pinch, needed a dialogue list for an international sale, and Ralph and his team delivered one on an incredibly fast schedule. It was accurate, typo-free, done with an exceptional level of detail, and exactly what we needed. I will definitely return to Ralph and Daily Transcription for any of my transcription or dialogue needs moving forward.

Shot Glass - Los Angeles Video Production
We’ve been using Daily Transcripts for 10+ years for our corporate interview projects. Ralph and his team are amazing! Even if there are other automated transcription services in the industry, we still prefer them over any other vendor. Their service is impeccable.

Greg Tiefenbrun
I've been working with Daily Transcription for years. They always do a fantastic job, are super easy to work with, very communicative, and, best of all, they are very nice!!!!

David Lawrence
The team at Daily Transcription have been immensely helpful in providing us our very urgent transcriptions in a timely manner and are always accurate. They are always on top of getting back to us with very timely responses and can always adapt to our requests. Been a total pleasure working with them on our production needs.

Anthony Shabazz
Top notch in all areas. Will use them any time I get a chance.

Jennifer Phillips
We have been incredibly happy with the service, accuracy and turnaround times provided by DTS. I have lost count of how many projects for which DTS has provided detailed As Broadcast Scripts and captions. The communication with our salesperson, Ralph Noe, and his team is excellent.

Patricia Sanders (No nickname)
As a professional I had a great experience with the great work they did for me on a Zoom hearing and subsequent work.

Janette Baird
I have used Daily Transcription across a number of projects. They provide excellent and accurate transcription services. The turn around is fast, and the staff are really helpful.
Get Quote 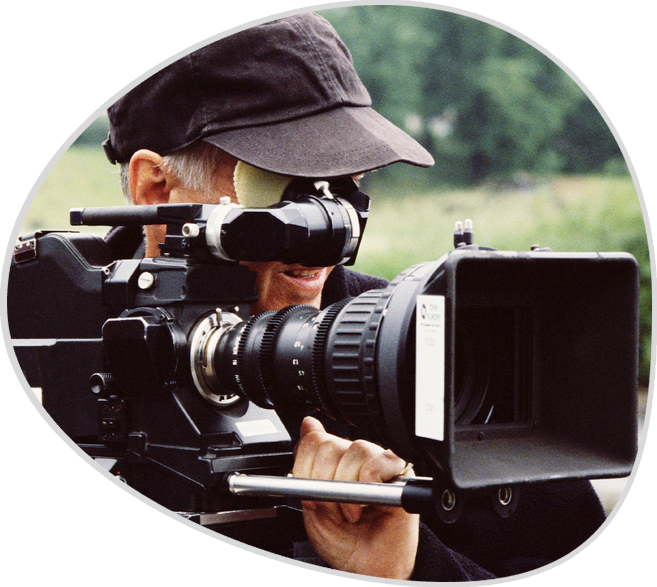 It is a system originally designed to help the hearing-impaired understand television shows and movies, but the technology is also used to enhance your video content. Prerecorded or offline closed captioning is perfect for movies, television shows, games, and other media without a live element. In the United States, the Federal Communication Commission (FCC) mandates this type of captioning for broadcast.

Why Use Closed Captioning Services?

Let your users get the full benefit of your message, anywhere. With the increasing popularity of mobile devices, viewers may be in environments where access to audio is short or impaired.

It allows them to view and appreciate the value of your content whether they are in the library, at a concert, or on a noisy bus.

Many people are visual learners and get a greater benefit from being about to read the dialogue in addition to listening. It improves comprehension and retention of media content for all users. Our caption writers have deep industry knowledge and guarantee 100% accurate captions, perfectly placed in your video and make your videos stand out.

Send us your file in nearly any format and we can import it into our digital captioning system. We are also capable of handling your encoding and authoring. Besides, if someone else is managing the authoring process, we’ll create all the necessary files (caption/subtitle and audio description) complete with time stamps and send them back to you.

Daily Transcription offers these services at competitive rates. Regardless of caption style, our closed captions are accurately transcribe, carefully timed, free of typos, as well as will never cover your onscreen graphics.

The words appear from left to right, up to one line at a time. When a line is filled, the whole line scrolls up to make way for a new line, and the line on top is erased. The captions usually appear at the bottom of the screen, but can actually be placed anywhere to avoid covering graphics or action.

A caption appears anywhere on the screen as a whole, followed by another caption or no captions. This method is used for most pre-taped television and film programming.

The caption, whether a single word or a line, appears on the screen letter-by-letter from left to right, but ends up as a stationary block like pop-on captions. In addition, this format is rarely popular today.

We provide the fastest turnarounds and highest quality in the industry. Moreover, we can deliver most projects on a same day turnaround. In Addition, If you need your closed captioning complete done fast and done right, don’t wait. So, Get started today!

Affordable to Fit any Budget

Daily Transcription offers these services that are affordable to fit any size budget. However, we have priced our closed captioning services to be competitive, no matter what the needs are for your video project.

Give us a Call!

If you want your video content to include this type of captioning, contact Daily Transcription today. In addition, we can provide a hassle-free quote for your video project with the help of our knowledgeable experts.
Moreover, if you have any questions regarding your project feel free to contact our representatives for assistance. Give us a call today!