CCSL and CDSL: Purpose and Importance

CCSL and CDSL: Purpose and Importance

Combined Continuity and Spotting Lists (CCSL) and Combined Dialogue and Spotting Lists (CDSL) are essential documents used in the film production process. These lists help to maintain continuity and accuracy in the final product by keeping track of details such as camera angles, character movements, and dialogue throughout the filming process. They are used by the members of the post-production team to ensure that the final cut of the film is consistent and coherent.

They are also important documents for legal and distribution purposes. Most studios and distributors would require a Combined Continuity and Spotting List and/or a Combined Continuity and Dialogue List for compliance purposes. The reason why these documents are used for these purposes is due to their accuracy in translating the visual and audio elements of the film or TV show into text format. 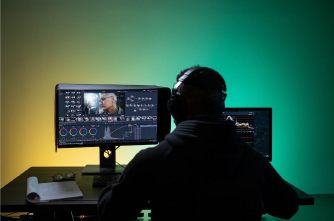 A Combined Continuity and Spotting List, or CCSL (for short), lists all the visual elements in a film, such as camera angles, scene descriptions, and more. Although both CCSL and CDSL are essential and are referenced during the post-production process, the CCSL is often referenced when keeping track of all the recorded visual and audio elements, including time codes, of a film or TV series project.

It plays a vital role in ensuring visual and audio accuracy and consistency in the final product. The CCSL is used to keep track of all the elements of continuity, such as dialogues and character movements. It is an essential tool that helps to ensure that the final cut of the film has a seamless flow and continuity throughout the film in terms of how the scenes are depicted, how the actors are positioned in the camera angles, etc. 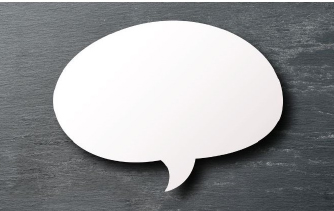 This document allows for a clear and concise representation of the dialogue and speakers while also providing important audio timing. The Combined Dialogue and Spotting List are particularly useful for subtitling, translation, and closed-captioning as it provides exact information on the dialogues and their timecodes and speakers.

Similarities and differences between CCSL and CDSL

However, they have much more differences than similarities. For starters, a Combined Continuity and Spotting List (CCSL) is much more comprehensive than a Combined Dialogue and Spotting List (CDSL). A CCSL has more information and is depicted on paper with columns for shot numbers and descriptions, dialogue numbers, time codes, duration, and dialogues with speaker descriptions, whereas a CDSL is typically simpler with a format that only indicates time codes, speakers, and dialogues.

A Combined Continuity and Spotting List (CCSL) includes a shot-by-shot description of everything that happens on screen, including visual points such as camera angles, graphics, and text, as well as the time codes and duration of each shot. The purpose of this preciseness is that it allows the reader to have a clear understanding of what exactly is happening on the screen.

On the other hand, a Combined Dialogue and Spotting List (CDSL) contains the complete dialogue in its entirety but does not include visual descriptions or continuity notes. This means that the script is focused solely on the dialogue and does not provide any information on the visual elements of the scene other than the basic scene headings.

The benefits of hiring a professional:

This is where hiring an Entertainment transcription company can be useful. Transcription companies are experts in transcribing audio and visual content, and they have the tools and resources to do it efficiently and accurately. They can help filmmakers create a Combined Continuity and Spotting List, as well as the Combined Dialogue and Spotting List, in a timely and accurate manner, which can alleviate the stress and pressure of the post-production process.

At Daily Transcription, we specialize in creating Combined Continuity and Spotting Lists and Combined Dialogue and Spotting Lists with precision and accuracy. Our team has extensive experience in this field and takes great pride in ensuring that our final outputs are error-free. We have worked with different Networks and distributors for various film and TV projects, which means we have amassed a wealth of experience in providing CCSLs and CDSLs in accordance with their respective requirements. This has given us unmatched expertise in the industry in terms of speed and costs.

Our goal is to provide our clients with high-quality, accurate, and timely CCSLs and CDSLs so that filmmakers can focus on other important aspects of the production process. We understand the importance of timing and budget when it comes to providing our services. That’s why we offer our services at a cost-effective rate and quick turnaround times while making sure that there are no errors that may cause issues with distributors.

Please feel free to contact us here if you need assistance with determining the lists needed for your project, as well as other post-production transcription services.